The volatile world of cryptocurrencies has come a long way from its early days in the online underground. A whole new industry has been forged, achieving a scale and value that’s too large to remain on the financial fringes. But while crypto edges closer into mainstream markets, it remains loaded with an unpredictable mix of promise and peril.

If you’re a marketer working in financial services, you’ll probably have noticed that interest in cryptocurrency is rising faster than ever, and that the outlook for the industry is under fierce debate.

Commentary around cryptocurrencies is incredibly polarised. Crypto believers say it’s the future of finance, while crypto critics say the whole thing is on the verge of collapse.

Either way, crypto has achieved a scale and critical mass that makes it difficult to dismiss. It’s clear that the world of digital currencies and blockchain technologies are of increasing interest to investors, financial instutitions, central banks, and governments globally.

At the same time, the eco-system around crypto is still evolving at a furious pace. As a result, it can be difficult to keep track of what exactly crypto is and where it’s going.

For anyone struggling to keep up, here’s an overview of what’s now and what’s next in the rapidly expanding world of crypto.

As the name suggests, cryptocurrencies are digital assets that use cryptography to secure online transactions. The first and most famous cryptocurrency is Bitcoin. It’s been around since 2009 and has already survived several ‘boom and bust’ cycles. Since its launch, Bitcoin has been joined by thousands of other digital coins, including Ethereum, Binance Coin, Dogecoin and Tether.

You can use virtual currencies to pay for certain goods and services online via secure transactions supported by blockchain technology (literally blocks of transactional data linked together to provide a secure record of purchases across a decentralized network of devices).

However, for many reasons, crypto isn’t yet a form of payment with mainstream acceptance, although that is steadily changing. Unlike pounds, dollars, and euros, cryptocurrencies aren’t issued and regulated by a central government or bank. They’re exchanged without any regulatory scrutiny, security, influence or control.

You can also invest in cryptocurrencies like Bitcoin as you would in other assets, like stocks or precious metals, with investors buying up coins in the hope they will go up in value. You can buy and sell crypto at online exchanges – one of the most popular exchanges is Coinbase (more on them later).

Investing in crypto is not for the faint hearted. Bitcoin’s first 12 years have been a white-knuckle ride of wild price swings for investors, punctuated by headline-grabbing cases of fraud, theft, hacking, lost passwords and other scandals.

However, after a couple of big crashes that took billions off Bitcoin’s value, the digital currency has soared to record heights this year. Back in 2009, one bitcoin was worth less than a cent. In March 2021, it peaked to an all-time high of $62,000.

In the last 12 months alone, Bitcoin’s value has risen by 1000%. So, what’s causing this phenomenal spike? A flurry of developments all suggest crypto is about to take some big steps toward the mainstream.

In April this year, Coinbase (one of the largest U.S. exchanges for buying, selling and trading cryptocurrencies) became the first major crypto company to go public in the United States.

Commentators described Coinbase’s direct listing on Nasdaq as a “coming-out party” for crypto. Ahead of the IPO, the value of several cryptocurrencies (including Bitcoin) surged dramatically.

It’s just one of several signs that crypto is moving into the mainstream. Many of the world’s largest, traditional financial institutions – including banks, asset management firms and payment providers – have also announced plans to embrace cryptocurrencies.

Goldman Sachs has introduced plans to launch a cryptocurrency desk for futures trading. BNY Mellon has announced that it will roll out a new digital custody unit later this year. Morgan Stanley just became the first bank to give its wealth management clients access to three cryptocurrency funds. Fidelity Investments has also announced the launch of its first Bitcoin mutual fund.

Payments giant PayPal is also adding crypto capabilities to its platform, announcing the launch of a new service that will allow customers to buy, hold and sell cryptocurrency into U.S. dollars from their PayPal accounts (which is just one step short of allowing users to make purchases with actual cryptocurrency). Mastercard has also announced that it will support direct payments for some cryptocurrencies, starting later this year.

Meanwhile, a number of central banks, including the Federal Reserve, Bank of England and the European Central Bank, are also studying how to digitalise their own sovereign currencies. But it’s not just financial institutions who are increasingly endorsing crypto.

Several big, publicly traded companies — most notably Tesla — have added sizable crypto positions to their portfolios. Retailers from Burger King to Overstock.com are also starting to accept crypto as payment.

Without doubt, all of the above will add more users and bring more interest into cryptocurrencies. But risks remain. Despite it’s popularity, crypto is still a relatively immature technology in an unregulated market.

Unlike the stock markets, there is no central authority that regulates the exchange of cryptocurrency. Although it’s now beginning to attract genuine attention from governments and regulators, there is still a lot of uncertainty about future rules and the repercussions they might have on the value of cryptocurrencies.

Numerous other obstacles continue to stall wider usage: technical complexity, user interfaces that are unfamiliar, and concerns over how to disclose, report, and insure crypto assets.

Given the overall unpredictability of cryptocurrencies in their present form, financial advisers are highly unlikely to justify their consideration in an investment portfolio, while more prudent investors will need to see proof that crypto is a viable alternative to stocks, bonds and commodities.

The risks and downsides of cryptocurrencies are well reported. There are other concerns about the digital coins to finance illegal activities, such as buying illegal goods on the dark web (where payments in cryptocurrency can be anonymous as they don’t require cash to change hands).

It turns out crypto can even ruin your social life too. According to a recent SurveyMonkey survey from .Tech Domains, about 60% of crypto investors say their belief in the asset class has had a negative impact on their personal relationships with “non-believers”.

As crypto edges into the mainstream, investors will be casting a more sober eye on its fortunes. The hope is that the industry is entering a more mature phase that’s less susceptible to volatile booms and busts.

With industry stalwarts like Goldman Sachs, Morgan Stanley, PayPal and Visa now in the picture, it’s possible that more investors may look on crypto as a valuable complement to stocks, bonds and commodities.

One thing is certain. With global lockdowns still forcing consumers to shop online, the shift to a cashless economy is accelerating. That bode wells for virtual currencies in whatever form they take.

John is the Director of Content for Editions Financial, driving the strategic vision for content within the agency. He is passionate about the processes by which we create, activate, amplify and optimise content with intent. In his spare time, John continues with his struggle to write the perfect pop song. Watch this space.

Previous Post (p) How can marketers fight against digital pollution? 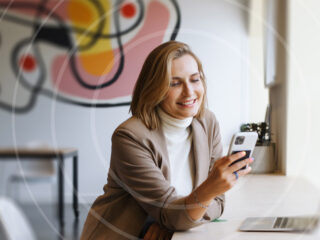